Juvenile Charges for Making a Threat 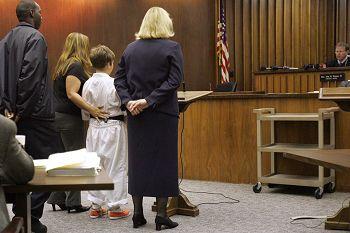 The tragic killings in Parkland, Florida recently raise a number of difficult issues.  One such issue is, if various authorities, including the FBI, knew the shooter was a problem, why wasn’t this crime stopped?  The truth is law enforcement officials have very little they can do before someone breaks the law.  Even surveillance must be supported by probable cause and it must fit within an environment of limited resources.  A related but less discussed issue is, how many threats are made against schools by juveniles that never amount to anything?  Though no violence results, juvenile charges for making a threat are very common in Juvenile Courts.  As a practicing Juvenile Defense Attorney in Denton County Texas, I can tell you I am routinely handling cases wherein a young person has made threats at school and received charges.

In my experience, there are two large classes of juveniles that make threats at school wherein nothing comes of them.  First, there are kids with poor taste and poor timing that will make threats to “shoot up the school” as a joke.  The second large set of young people who articulate such threats are juveniles with real stress in their lives that make such comments out of frustration.  Regardless of the underlying motivations, both will be acted upon by school and law enforcement officials.  Even if the children had no real intention or, even the ability, to carry out such a threat, communicating the threat will bring charges.  The law is Terroristic Threat, Texas Penal Code Section 22.07, and it can be up to a Third Degree Felony.

The Third Degree Felony version of Terroristic Threat involves a child being accused in Juvenile Court of making a threat of violence with the intent to put the public or a substantial group of the public in fear of serious bodily injury. The details of a juvenile charge of Terroristic Threat might be saying, “I am coming tomorrow to shoot up this school and everyone in it.”  Shooting people is the threat of violence and the population of the school is the substantial group of the public.  It is events like the recent one in Florida that guarantees law enforcement will act in these situations.

Doesn’t intent matter?  After all, the statute requires that the juvenile intended to cause fear.  If the juvenile charged with terroristic threat reports that it was, “just a joke” or, she was “only frustrated” isn’t that the end of it?  No, it cannot be the end of the matter.  Police and school officials are charged by the public with protecting children.  Post-Columbine these authorities cannot simply ignore Terroristic Threats as jokes or frustration.  What that means for the parents of a child accused of Terroristic Threat is, they will have to take action.

When a juvenile is charged in Juvenile Court with Terroristic Threat the child is going to need an attorney.  In fact, the Texas Family Code requires the family to provide a juvenile defense attorney for a child charged in Juvenile Court.  There are provisions or indigent families.  As mentioned above, I am a juvenile defense attorney and I work at the Peugh Law Firm in Denton, Texas.  I am a former Chief Juvenile Prosecutor for the Denton County Criminal District Attorney’s Office.  I have handled many Juvenile Terroristic Threat charges in Denton County.

While drug possession may seem like a minor offense, the possible penalties show that the state of Texas considers it to be a very serious crime. You could end up spending the rest of your life in prison. In addition to being sentenced to years and years in prison you may also be fined thousands of dollars. Because of these potential consequences, even if you have been charged with one of the less serious drug possession offenses you should immediately contact an attorney who has experience defending those accused of drug possession. The staff at the The Peugh Law Firm has years of experience successfully defending clients in Denton County criminal courts who have been accused of possession, distribution and manufacturing offenses. Contact us at (940) 566-0271 to schedule a free, no obligation consultation regarding your case.